This four character hanja expression I came across in an episode of 별에서 온 그대 when the two leads come back from an overnight trip only to get caught in the hallway with their weekend bags by her mother and his ‘father’ – who in turn start arguing about which one of them has failed as a parent.

When the female lead readily agrees to having been the wily one of the two, he “shares responsibility” by saying this four character expression. I cannot imagine ever seeing such a scene in a Scandinavian series, but it certainly had entertainment value.

Before digressing further, let’s get to the 사자성어:

In English it would be closer to “it takes two to tango”.

The other day I came across a word containing the hanja 藥 which surprised me a lot. Usually I think of things related to medicine (e.g. 약학 藥學 pharmacology) when I see this one so I was a bit surprised by 화약 (火藥) which means gunpowder.

The way I can wrap my head around it is that medicine is based on chemical compounds and gunpowder helps “create fire” from a chemical reaction.

Maybe it’s a fairly logical word after all?

I was looking for one specific four character hanja expression (as you do…) when I came across these two:

They are pretty self-explanatory: someone is attempting to do the impossible.

Odd as it sounds, I have really come to appreciate four character expressions although it will take a loooong time before I will be able to use them naturally. Just had to share these two 😉

Without spoiling too much, I can reveal that at some point in 기황후 the empress is sent to the “ice palace” as a punishment. Not surprisingly it’s a dreadful place where even the cobwebs that decorate the walls are more or less frozen. They call this palace 냉궁 (冷宮) – literally frozen palace. For some reason this word stuck with me. Or rather the 냉- part.

Leave it to me to immediately think of food related words 😀

Today was the first time in a long time that I felt that my Japanese just worked out the way it should in class. Not that I used to be really bad or I overnight transformed into a Japanese chatterbox, but today things just lined up really nicely. We’re a small class of just 5 people, our teacher is a native speaker of Japanese, and we are finally reaching the point where our vocabulary allows us to make more interesting sentences. Our class dynamics are great so it’s a lot of fun, but super efficient at the same time. However, I have to say that Korean helps me a lot in Japanese.

For some of the words I’m supposed to write in kanji and I know the Korean equivalent, I tend to think first in Japanese, translate to Korean, and then write in Kanji. I know it sounds odd, but thinking about it, I think it’s because there is no direct correlation between the number of syllables you say in Japanese and the number of kanji you write while there is such a correlation between 한글 and hanja. An example:
The word birthday: The Japanese word written out in hiragana is たんじようび which looks awfully long, but in Korean the word would be 생일 and I know those two characters: 生日. It’s a bit of a roundabout way of thinking, but for some words it just makes so much more sense this way. At least for the words I have come across at this point in my learning process.

For others I don’t do it – such as 行きます (polite present tense of the verb to go) since I never used 行 in Korean. The same goes for あした / 明日 (내일) where I rely on what is basically children’s logic (first we have to finish the day of today then the moon has to shine while we wait for tomorrow, and then tomorrow is the big day).

The brain is a funny, funny thing… Happy studies everyone! 🙂

Yesterday I went for a picnic with two girls (of which one was Korean) before meeting my LP.

It was an afternoon dedicated to 여자들의 수다, 김밥, and white wine sitting in the shade of a big tree in the park behind uni. However, I also learned about the meaning of “정”.

My Korean friend had experienced in several cities that some local people of older generations would tentatively ask her where she is from. Once they had confirmed that she is in fact Korean, they proceed to tell her that their adopted son/daughter was also born in Korea, show pictures, and in some cases also share stories about how they were planning to go to Korea with their children to see their birth country with them.

She found these encounters very touching, which led to the introduction of the word “정”.

This is just one of several hanja that are associated with the same pronunciation.
Hanja: 情
Meaning: 뜻
Pronunciation: 정

It can be translated into a feeling of intimacy between people, and in this case it can be used to describe two kinds of parental affection:

기른 정: the emotional bond that is formed between an adult and a child being raised by the adult in question. This is a parent-child relationship that is not necessarily blood related. 기르다: to raise, to bring up.

낳은 정: the bond between a parent and a child related to the parents by birth. 낳다: to give birth to.

My previous language partner was very keen on learning Danish, and he actually became really good in quite a short time! Good grammatical understanding, good vocabulary, and a brain soaking up Danish like a sponge in water. Working with hanja, I suddenly remembered when he transferred the logic of hanja to his Danish studies. We were going over a short story for his Danish class and some of the vocabulary he had wondered about.

First we discussed the word “over” which can both be a preposition (above) and used in combination with other words in the meaning of “a lot” or “too much”.

Larer we came across “rask” which means “recovered”.

Lastly we looked at the word “overrasket” and he naturally assumed that this would mean “fully recovered”, which made sense given the two words he had just learned and since the story was about a guy ending up in hospital after an accident. Oh, if only Danish were always that logical! It means “surprised” and it is not even considered a combination of the two words, but a single entity that is completely separate from the two individual words of “over” and “rask”.

Since then I have thought of “fully recovered” whenever seeing the word “overrasket”.

However, it’s also a good reminder for me that although a Koran syllable might sound like it stems from a hanja character that I know, it might not be related to it at all… 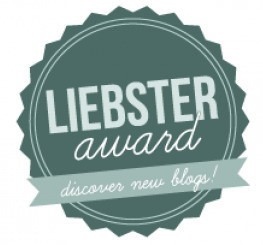